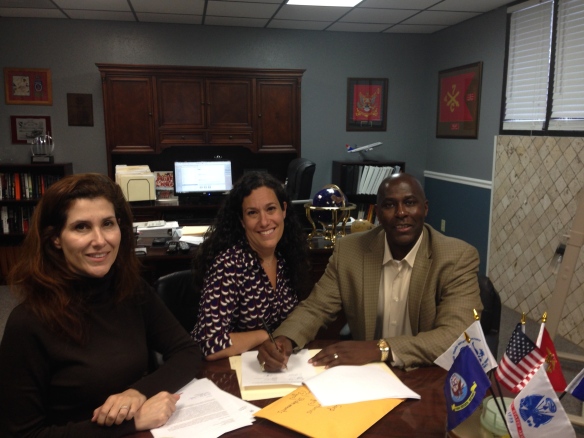 Celestar Corporation and Wittenberg Weiner Consulting are teaming up to form a joint venture that both companies hope will yield more business. The partnership came about thanks to their involvement with the Greater Tampa Chamber of Commerce.

“The Chamber has opened up doors,” said Lauren Weiner, president of Wittenberg Weiner Consulting. “We’re remarkably plugged in to the business and government contracting community largely because of the Chamber.”

Weiner and Greg Celestan, head of Celestar Corporation, first met at a Chamber networking event. They also served together on the Chamber’s Military Council. Now, they’ve signed a Mentor/Protégé Agreement with the U.S. Small Business Administration that will benefit both companies.

“As the mentor, we are going to pass on some of our knowledge and experience,” said Celestan, whose company graduated from the SBA’s 8a Program. “This agreement will allow us to compete for business together.”

The Mentor/Protégé Agreement will last for a year with an opportunity to extend. Both CEOs credit the Chamber for their meeting.

“The networking function at the Chamber is key. The membership is diverse,” said Celestan.

Weiner said the opportunities provided through the Chamber were an important part in the next level of growth for WWC. Her advice to members: “Talk to everyone. You never know what contact is going to spark something.”